Andy is an adjunct speaker with RZIM, winsome author, and holds a PhD in Islamic studies. When not traveling, speaking, or writing, he is a keen hiker, mountain climber, and photographer.

Andy Bannister is an adjunct speaker with RZIM. Andy heads up the Solas Centre for Public Christianity in Scotland, prior to which he was RZIM’s Canada Director. Andy holds a PhD in Islamic Studies and is an adjunct research fellow at the Arthur Jeffery Centre for the Study of Islam at Melbourne School of Theology. He is the author of academic books (such as An Oral Formulaic Study of the Qur’an) as well as popular books such as his best-selling The Atheist Who Didn’t Exist (or the Terrible Consequences of Really Bad Arguments), a blend of comedy and apologetics.

When not traveling, speaking, or writing, Andy is a keen hiker, mountaineer, and photographer. He is married to Astrid and they have two children, Caitriona and Christopher; they live in Dundee in Scotland. Learn more about Andy at andybannister.net/about or watch him in action at https://www.solas-cpc.org/shortanswers/. 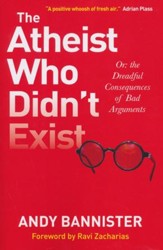 The Atheist Who Didn't Exist: Or the Dreadful Consequences of Bad Arguments 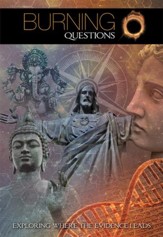