Cameron hosts two RZIM podcasts and is a prolific writer and speaker, often exploring the intersection of Christianity and popular culture with a unique and relevant angle.

Cameron McAllister is an itinerant speaker at RZIM. He is the host of the Vital Signs podcast, a weekly podcast exploring signs of life in today’s culture, and the co-host (with Nathan Rittenhouse) of Thinking Out Loud, a podcast that considers current events and Christian hope. Cameron and his father, Stuart McAllister, co-wrote a book, Faith that Lasts: A Father and Son on Cultivating Lifelong Belief, which will be published in January 2021. Cameron enjoys exploring the intersection of Christianity and popular culture, and his film and television reviews have appeared in Christianity Today and Think Christian. He holds a degree in philosophy and religion from Toccoa Falls College and recently earned a master in cultural apologetics from Houston Baptist University.

Cameron was born on the mission field in Vienna, Austria. He moved to the US with his family in 1998 when his father began working with RZIM. Cameron, his wife, Heather, and their two children currently reside in Georgia.

In a culture in desperate need of constructive thinkers, one of the virtues most in need of cultivation in our young men and women may just be courage. 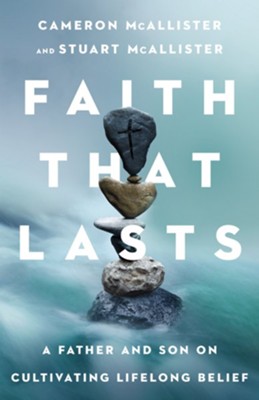 Faith that Lasts: A Father and Son on Cultivating Lifelong Belief