Dr. Sharon Dirckx is an author, tutor, and apologist who speaks and writes widely on the problem of evil and suffering. Her latest book examines questions of human identity from the perspectives of neuroscience, philosophy, and theology.

Dr. Sharon Dirckx is a senior tutor at OCCA The Oxford Centre for Christian Apologetics and an RZIM apologist. Originally from a scientific background, she has a PhD in brain imaging from the University of Cambridge and has held research positions at the University of Oxford, UK, and the Medical College of Wisconsin, US.

Sharon is an OCCA alumna having completed the OCCA program in 2005 during its founding year. She is invited to speak and lecture in a variety of contexts across the UK, including the 2014 Veritas Forum at the University of Oxford.

Sharon has appeared on Justin Brierley’s program “Unbelievable?” on Premier Christian Radio, and several BBC programs including Songs of Praise, Radio 2 Good Morning Sunday, and Radio 4 Beyond Belief. Her topics of interest focus on science, theology, “mind and soul,” and the problem of evil, and she speaks and lectures throughout the UK, as well as in Europe and North America.

Her first book, Why?: Looking at God, Evil and Personal Suffering (2013), won the prize for best book at the 2014 Speaking Volumes UK Christian Book Awards (presented by Pam Rhodes). Why? interweaves the stories of people who have suffered, with a practical look at some “why?” questions on suffering. Sharon’s latest book, Am I Just My Brain? (2019), examines questions of human identity from the perspectives of neuroscience, philosophy, and theology.

Sharon lives in Oxford with her husband and two young children.

The Christian story tells of a God who does not leave people to suffer alone. He has intervened in the person of Jesus Christ and continues to come alongside hurting people today in direct and indirect ways. 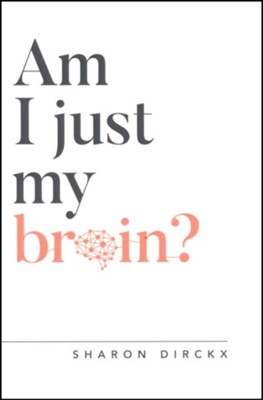 Am I Just My Brain