Regional Director for the Americas and Director of the Zacharias Institute, Dr. Vince Vitale is a speaker and author who journeyed from skeptic to evangelist while studying at Princeton and Oxford. He and his wife, Dr. Jo Vitale, host the Ask Away podcast.

Dr. Vince Vitale is a speaker and author who serves as RZIM’s Regional Director for the Americas and Director of the Zacharias Institute. He was educated at Princeton University and the University of Oxford, and he taught philosophy of religion and served as a faculty member at both universities. It was during his undergraduate studies in philosophy at Princeton that Vince was challenged to read the Bible and took an unexpected journey from skeptic to evangelist. He then completed master’s and PhD studies at Oxford, receiving a Daniel M. Sachs Graduating Scholarship (at the time awarded annually to one graduating Princetonian) and a Clarendon Scholarship (supported by Oxford University Press).

Vince has co-authored three books with Ravi Zacharias: Why Suffering?: Finding Meaning and Comfort When Life Doesn’t Make Sense (2014), Jesus Among Secular Gods: The Countercultural Claims of Christ (2017), and Jesus for You: The One Who Meets Your Every Need (forthcoming, January 2021). While researching at Oxford, Vince developed a new response to the problem of evil. This response is discussed in Vince’s Philosophia Christi article, “Non-Identity Theodicy,” and is forthcoming in book form with Oxford University Press as Non-Identity Theodicy: A Grace-Based Response to the Problem of Evil. For his work on Søren Kierkegaard, Inter-Varsity Press and Tyndale House awarded Vince the title IVP Young Philosopher of Religion of the Year 2013.

Vince has commended the Christian faith on the campuses of many universities including Princeton, Harvard, Yale, Columbia, UC Berkeley, Johns Hopkins, West Point, and Oxford. He also has had the privilege of speaking at Google Headquarters, Amazon Headquarters, The Brooklyn Tabernacle, and Passion City Church, and he was the keynote speaker at the 54th National Prayer Breakfast of Canada.

In addition to his focus on biblical and philosophical questions, Vince has strong interests in the topics of leadership, contemporary culture, theology of work, and reconciliation, as well as in the intersection of faith and sport. He played varsity soccer at Princeton, was a “double Blue” at Oxford (competing for the university in soccer and boxing), and has traveled with Athletes in Action mission teams to four continents. While teaching at Princeton, Vince served as Faculty Director of the Athletes in Action ministry on campus.

Vince is married to Dr. Jo Vitale, who is the Dean of Studies of the Zacharias Institute. Vince and Jo enjoy teaming up for the Ask Away podcast, giving talks together, and trying (unsuccessfully) to keep up with their young children. 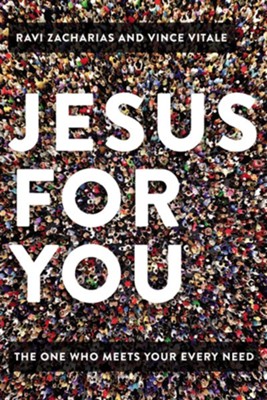 Jesus for You: The One Who Meets Your Every Need 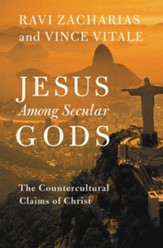 Jesus Among Secular Gods: The Countercultural Claims of Christ 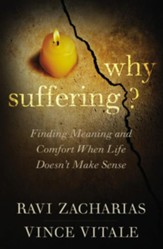